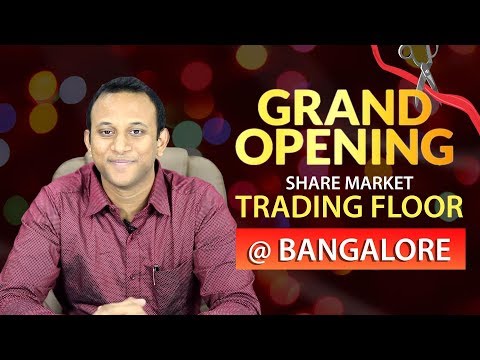 There is so much of chest beating on how Kerala should secede and how it pays on outsize share of tax money that a counter was mandated.
becomes independent.
It needs to pay for things like border security and a full fledged military. That aside it will have to import key raw materials like coal and food materials, and without a central govt subsidising this, best of luck trying to buy it at international commodity market prices.
In addition to this, things that come under the center now, like railways the national power grid, National highway maintenance all will come under the state.
The bankrupt state of Kerala will become an economic basket case.
Just imagine Kerala outside the union and getting hit with a monsoon season like this...ggwp. Without the centre they will literally drown to their deaths.
This whole idea is stupidly retarded.
Furthermore on the whole "le epic HDI" argument,
It has the highest unemployment rate of all major states. Kerala's unemployment rate is 4x the national rate.
It has next to no manufacturing.
It receives in HDI in 15 years that Chennai and Bangalore (not even the entire state) does in less than a year.
It is quite literally bankrupt. Read this. Commercial taxes have actually taken a nose dive after 2012 which indicates declining economic activity.
It has next to no IT services.
Broadly speaking, it's exports total something like $ 2bn annually, and this is mostly Agri commodities, chemicals / rare Earth minerals. Throw in shipbuilding in case it becomes independent and it will still barely make any forex outside of remittances
Why despite having the first IT sez in the country do they export a fraction of what Delhi, Mumbai, Hyd, Bangalore and Chennai export?
Why despite all that literacy have the consistently voted absolutely shit governments that have driven the state finances into the ground?
This Kerala is some superior state myth needs to die, that's the only way it stands a chance of progressing.
The major edge it had was that it's state literacy rate was 30% when the national average was 12%. That allowed it to export labour and basic white collar jobs to the gulf which coincidentally saw the oil boom and needed said labour and white collar jobs.
As a state it has literally nothing going for it as of now. Even look at the much vaunted HDI data and you will see stagnation as other states rapidly catch up.
In 1980, India had an average score of 0.32 on the index (which falls in the low HDI score) with some states like Bihar or UP falling in the sub 0.25 mark which is the lowest possible score. States like Maha and TN also fell in the low HDI region with scores sub 0.300. Kerala was at the 0.55 score which was in the medium HDI category. The differential was almost 43% between the national avg and Kerala. Similar difference between TN / Maha and Kerala.
In 2007-2008, national avg was at 0.513, Kerala at 0.79. Differential being 36%. Maha and TN at 0.57 and the difference here was down to 28%.
In 2015, Kerala was at 0.71, National avg at 0.60. Differential being 16% or 1/3rd what it was in 1980. Maha & TN at 0.66 so the difference here being 8%.
Even the much reviled (by mellus) Gujarat was at 0.52 in 2008 (differential at 35%) vs in 2015 where the Differential is 15%
At this rate, industrialised states like Maha, TN & Guj will have better HDI than Kerala within this decade. Not just that but a whole host of states like Haryana, HP, Karnataka all will either catch up or leave behind Kerala in the HDI stakes within this decade.
Even the "BIMARU" states are slowly catching up.
The Differential between MP and Kerala in 1990 was something like 70%, in 2005 this was at 55% and in 2015 this is at 33%. .
Why is the rest of India (for the most part) progressing while Kerala is stagnant? Because these states have increasing revenue profiles which means more to spend on the social sector while the gulf remmitances haven't really kept up and are predicted to actually drop, and they even actually dropped a full 11% between 2014 and 16 and is only now inching towards 2013-14 levels. With immigration dropping and the gulf economies slowing down this problem is not going to go away anytime soon.
I think I have made my case pretty black and white. Unless Kerala gets it's act together, it's only going to get worse while India overall moves ahead. Whining about "muh beef Aryan Invasion HDI" is not going to be able to sustain it's economy. Lol, this is a state that imports 70% of it's power from outside the state and whose SEB was (till project UDAY) so bankrupt that it couldn't even pay it's employees and they want to secede? Best of luck with that noise. No power, no jobs, increased spending on defense, everything from coal to refined oil will need to be imported, with no matching exports would mean a ruinous trade deficit